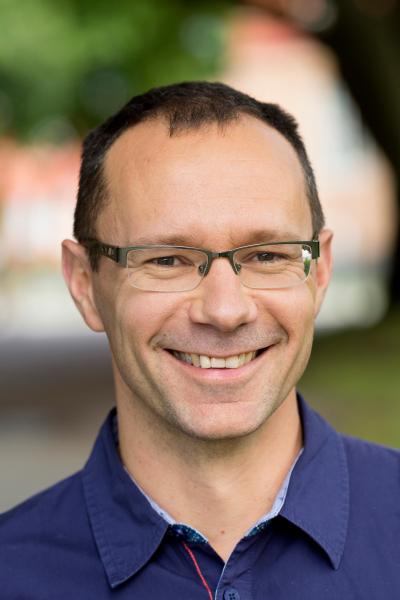 Sascha Ott (born 1973) started his undergraduate studies at the University of Freiburg, Germany, and completed his undergraduate degree at the Flinders University of South Australia. He obtained his PhD in Chemistry at University College London, U.K., in 2002, followed by a postdoctoral spell with Profs. Björn Åkermark and Licheng Sun at Stockholm University, Sweden. In 2004, he moved to Uppsala University, where he became chair professorship in Synthetic Molecular Chemistry at the Department of Chemistry – Ångström Laboratory in 2017. Research in the group is centred on different topics at the interface of organic chemistry and molecular inorganic chemistry. These include works on low-coordinate and low-valent phosphorus in an organic chemistry context, and the development of molecular redox catalysts of energy relevance, more recently on molecular electrocatalysis in the confinement of metal-organic frameworks.
He is the recipient of a Consolidator Grant from the European Research Council (2015), the Göran Gustafsson Prize for younger researchers (2010), the Lilly och Sven Thuréus Prize from the Royal Society of Sciences Uppsala (2017), and main-PI of a framework grant from the Knut & Alice Wallenberg Foundation on "unexplored approaches to organic photoredox catalysis".

Ways to accelerate molecular catalysis in heterogeneous systems - or - what is limiting?

The performance of molecular catalysts is often described by a turnover frequency (TOF), which is a catalyst-specific metric that characterizes the maximal rate at which the catalyst can operate at a given overpotential. Synthetic modifications often aim at enhancing the intrinsic TOF of a catalyst, a quest that becomes increasingly more convoluted when the complexity of the catalytic system is increased. In such cases, other factors may start impacting catalytic turnover, and it is imperative to identify the limiting process(es) in order to make meaningful performance improvements of the system.
We will start the seminar with a lecture that addresses different aspects of the use of TOFs, first as a metric to characterize the efficiency of a catalyst, and then from a system’s perspective. We will then split into smaller groups and go through recent literature reports in which TOFs are used to characterize and improve complex catalytic systems. These include catalysts that operate by bimolecular mechanisms, that are surface-confined, or driven by the action of light. A summary of the group works will then be presented to all course participants at the end of the workshop. We will concentrate on catalysts of energy relevance, but the overall principles are applicable for all types of catalysis, for example, also within organic chemistry.

Since April 2022, Carsten Streb is Professor of Inorganic Chemistry at Johannes Gutenberg University Mainz, Germany. His group is interested in inorganic materials chemistry to address societal challenges including energy conversion/storage, water purification and public health.
Carsten obtained his undergraduate degree from TU Kaiserslautern, Germany (2005), and his PhD from the University of Glasgow, Scotland, working with Lee Cronin on supramolecular metal oxide cluster chemistry (2008). He undertook postdoctoral work at the James Watt Nanofabrication Centre, Glasgow, Scotland (2008-2009) before taking up an independent group leader position at Friedrich-Alexander-University Erlangen-Nürnberg (2009-2013). From 2013 to 2022, Carsten was Professor of Inorganic Chemistry at Ulm University. In 2018, he also joined the Helmholtz-Institute Ulm as a research group leader.
His work has been recognized by multiple awards including the Gutenberg Research Fellowship (2021), an ERC Consolidator Grant (2020), the Science Award of the City of Ulm (2017) and a Liebig Fellowship (2010).

The tutorial by Carsten Streb will discuss the challenges of studying molecular light-driven catalysis in complex chemical environments, ranging from multi-component solutions to heterogenized molecular components, e.g. embedded in soft matter or on heterogeneous substrates.
The tutorial will establish which experimental and theoretical tools can be used to probe reactivity and stability, and explore the limitations of these approaches. Modern in situ and operando techniques will be highlighted as well as the possibility to correlate different experimental or even theoretical methods to obtain a better understanding of the observed reactivity and possible degradation pathways which affect the overall catalytic activity observed. 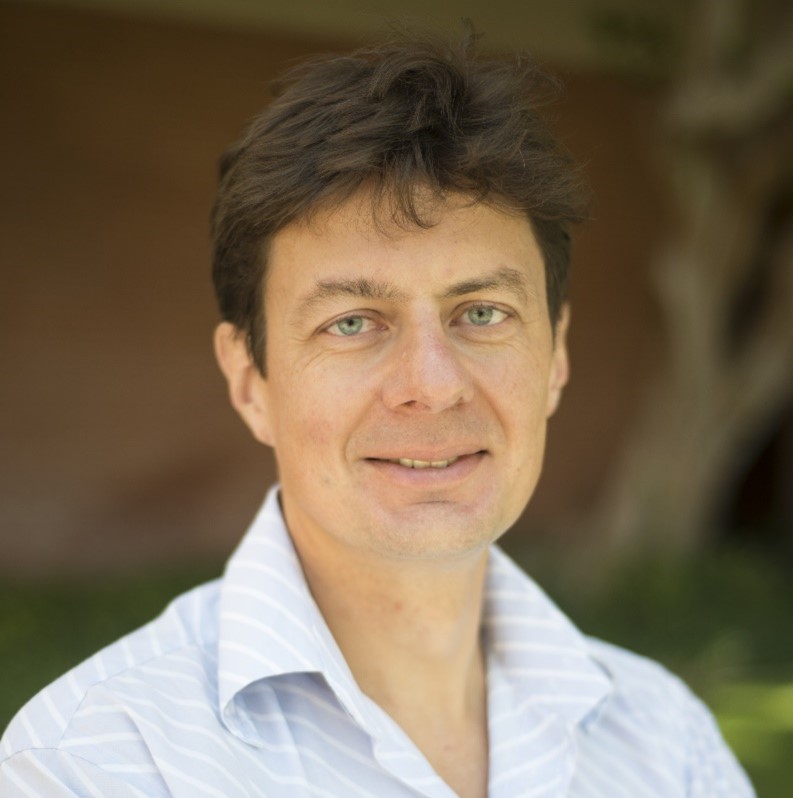 Oleg Prezhdo obtained Diploma in Theoretical Chemistry from Kharkiv University, Ukraine, in the theory group dating back to V. A. Fock. He completed his PhD within 4 years with Peter Rossky at UT-Austin. After a 1-year postdoc with John Tully at Yale, he joined University of Washington in 1998, achieving Associate and Full Professor in 2002 and 2005. In 2010 he was offered Senior Professorship at University of Rochester, and in 2014 moved to University of Southern California, where he is Professor of Chemistry, Physics & Astronomy, and Chemical Engineering.
He served as an Editor in the Journal of Physical Chemistry and Surface Science Reports. Currently, he is an Executive Editor for the Journal of Physical Chemistry Letters. Recipient of multiple national and international awards, he held visitor positions and professorships in France, Germany, Spain, Ukraine, Japan, China and Luxembourg. With over 500 papers, 400 invited talks, and h-index of 87, his research interests range broadly from semiclassical physics and time-dependent density functional theory, to quantum dynamics and far-from-equilibrium processes in nanoscale, condensed matter, molecular and biological systems.

Excited state dynamics play key roles in nanoscale, molecular and condensed matter systems designed for photovoltaics, photocatalysis, optoelectronics, spintronics and other applications. Controlling and steering these far-from-equilibrium processes require understanding of material’s response on the nanometer scale and with fine time resolution. We couple real-time time-dependent density functional theory for the evolution of electrons with non-adiabatic molecular dynamics for atomic motions to model such non-equilibrium response in the time-domain and at the atomistic level [1].
The talk will introduce the simulation methodology and present several exciting applications among various of systems and processes studied in our group, including metal halide perovskites [2], transition metal dichalcogenides [3], quantum dots [4], plasmonic systems [5], etc. Charge and energy transfer, Auger-type processes, energy losses and charge recombination create many challenges, amplified by differences between molecular and periodic, organic and inorganic matter. Our simulations provide a unifying description of quantum dynamics on the nanoscale, characterize the timescales and branching ratios of competing processes, resolve debated issues, and generate theoretical guidelines for development of novel systems. 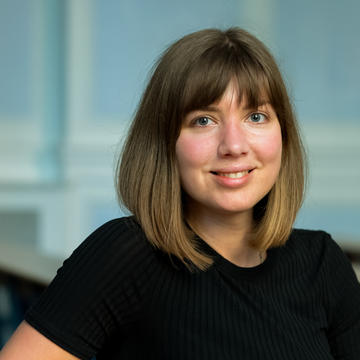 Ludmilla Steier is Associate Professor of Inorganic Chemistry and John Goodenough Tutorial Fellow at Saint Catherine’s College.
She studied Chemistry at the University of Siegen (Germany) where she developed an early interest in electrochemistry and semiconductor physics driving her to pursue a M.Sc. project on dye-sensitized solar cells in the group of Professor Michael Grätzel at the École Polytechnique Fédérale de Lausanne (EPFL, Switzerland). Staying in the same group, Ludmilla obtained her Ph.D. from EPFL in Chemistry and Chemical Engineering in 2016 for her works on oxide thin film photoelectrodes for water splitting and perovskite solar cells. She then joined the group of Professor James R. Durrant at Imperial College London to study photochemical and photophysical processes in semiconductors using time-resolved spectroscopy, and shortly after, was awarded the Marie Skłodowska-Curie Fellowship (2017-2019). Ludmilla began her independent research career as Imperial College Research Fellow (2019-2021) before moving to Oxford in October 2021.
Her research is focused on material discovery for photo- and electrocatalysis of water, CO2 and other industrial waste products to energy-rich fuels and chemicals. Her lab uses atomic layer deposition to design these materials with atomic precision aiming to identify key activity, selectivity and degradation drivers that determine pathways in catalytic reaction mechanisms and operational stability of the catalysts and devices.

This course will focus on recent studies on bandgap engineered oxide and chalcogenide materials used as state-of-the-art photocatalysts and solar cells. In the context of selected papers, we will discuss relevant solid-state chemistry brushing up on material properties such as crystal structure, band structure diagrams as well as spectroscopic techniques (UV-Vis spectroscopy, transient absorption spectroscopy and its kinetics, spectroelectrochemistry).
Towards the end of the course we will focus on the development of an overall picture of the solid-state chemistry in these materials under operating conditions. Here we will work in an interactive class environment on the translation of various bits of data (which we will have discussed separately in the first part of the course) into a band energy diagram picture that can summarize key results in an easy-to-understand fashion.
Finally, we will touch upon the importance of a critical evaluation of the data and of the measurement conditions used with an especially critical look at the limitations of techniques and how ignorance of those can lead to bad data.