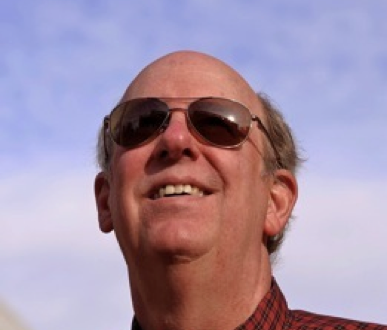 Bruce Parkinson is currently the J. E. Warren Chair of Energy and Environment and a Professor in the Chemistry Department and the School of Energy Resources at the University of Wyoming.  He also directs the Center for Photoconversion and Catalysis at the University of Wyoming. Bruce Parkinson received his BS degree in chemistry at Iowa State University in 1972 and his PhD in Chemistry from the California Institute of Technology with Professor Fred Anson in 1977. He did post doctoral studies at Bell Laboratories with Adam Heller in 1978 and was then a staff scientist at the Ames Laboratory until he joined the Solar Energy Research Institute (now called the National Renewable Energy Laboratory) in 1981 until 1985. He then spent six years as a Senior Scientist at DuPont Central Research before becoming Professor of Chemistry at Colorado State University in 1991 until his departure to the University of Wyoming in 2008. He has published over 245 papers in peer-reviewed journals and has received 7 US patents. His current research covers a wide range of areas including materials chemistry, UHV surface chemistry and photoelectrochemical energy conversion. 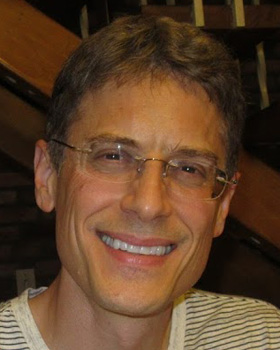 Victor Batista obtained his chemistry diploma (1989) from the University of Bueno Aires. He received his PhD degree in Chemistry from Boston University in 1996 working under the mentorship of Prof. David F. Coker on the development of theoretical and computational methods to investigate photochemical reaction dynamics in the condensed phase. Following two postodoctoral research programs, working on semiclassical methods with Prof. William H. Miller at the University of California, Berkeley (1997–1999) and coherent control techniques with Prof. Paul Brumer at the University of Toronto (2000-2001), he joined the Yale faculty as an Assistant Professor of Chemistry in 2001 and is now Professor of Chemistry and Director of Undergraduate Studies since 2008.
His research interests include the development and application of semiclassical and quantum dynamics methods for studies of excited state reaction dynamics and relaxation phenomena in polyatomic systems and semiconductor materials for solar-to-electric energy conversion and photocatalysis, as well as the development of quantum mechanics/molecular mechanics computational methods to study ligand binding interactions and reactivity in biomolecules, with emphasis on photoreceptors and water-splitting in photosystem II. 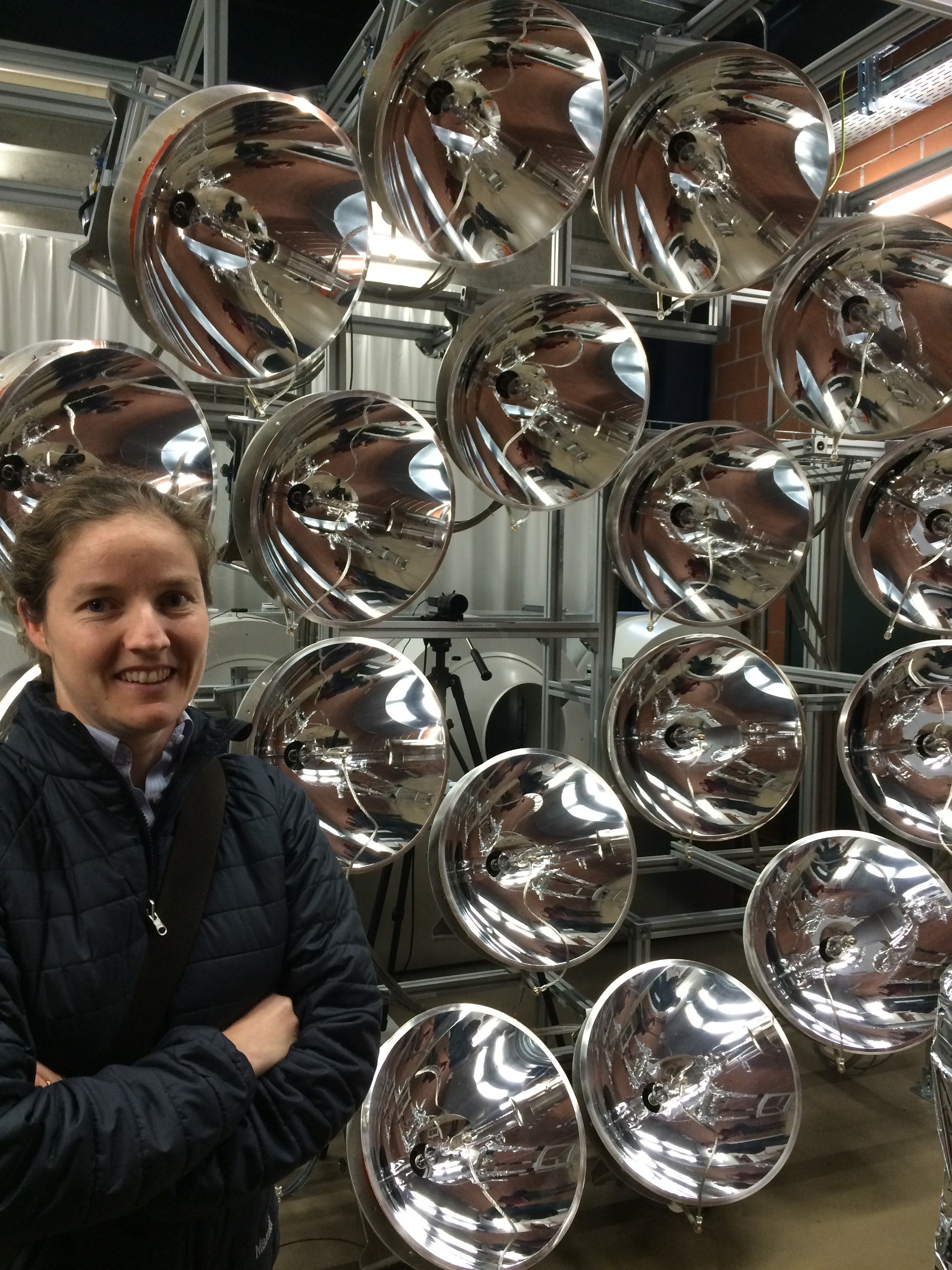 Sophia Haussener is an Assistant Professor heading the Laboratory of Renewable Energy Science and Engineering at the Ecole Polytechnique Fédérale de Lausanne (EPFL). Her current research is focused on providing design guidelines for thermal, thermochemical, and photoelectrochemical energy conversion reactors through multi-physics modeling. Her research interests include: thermal sciences, fluid dynamics, charge transfer, electro-magnetism, and thermo/electro/photochemistry in complex multi-phase media on multiple scales. She received her MSc (2007) and PhD (2010) in Mechanical Engineering from ETH Zurich. Between 2011 and 2012, she was a postdoctoral researcher at the Joint Center of Artificial Photosynthesis (JCAP) and the Energy Environmental Technology Division of the Lawrence Berkeley National Laboratory (LBNL). She has published over 60 articles in peer-reviewed journals and conference proceedings, and 2 books. She has been awarded the ETH medal (2011), the Dimitris N. Chorafas Foundation award (2011), the ABB Forschungspreis (2012), the Prix Zonta (2015), and the Global Change Award (2017), and is a recipient of a Starting Grant of the Swiss National Science Foundation (2014). She is a deputy leader in the Swiss Competence Center for Energy Research (SCCER) on energy storage, serves as an Associate Editor for the Journal of Renewable and Sustainable Energy, and acts as a Member of the Scientific Advisory Council of the Helmholtz Zentrum. 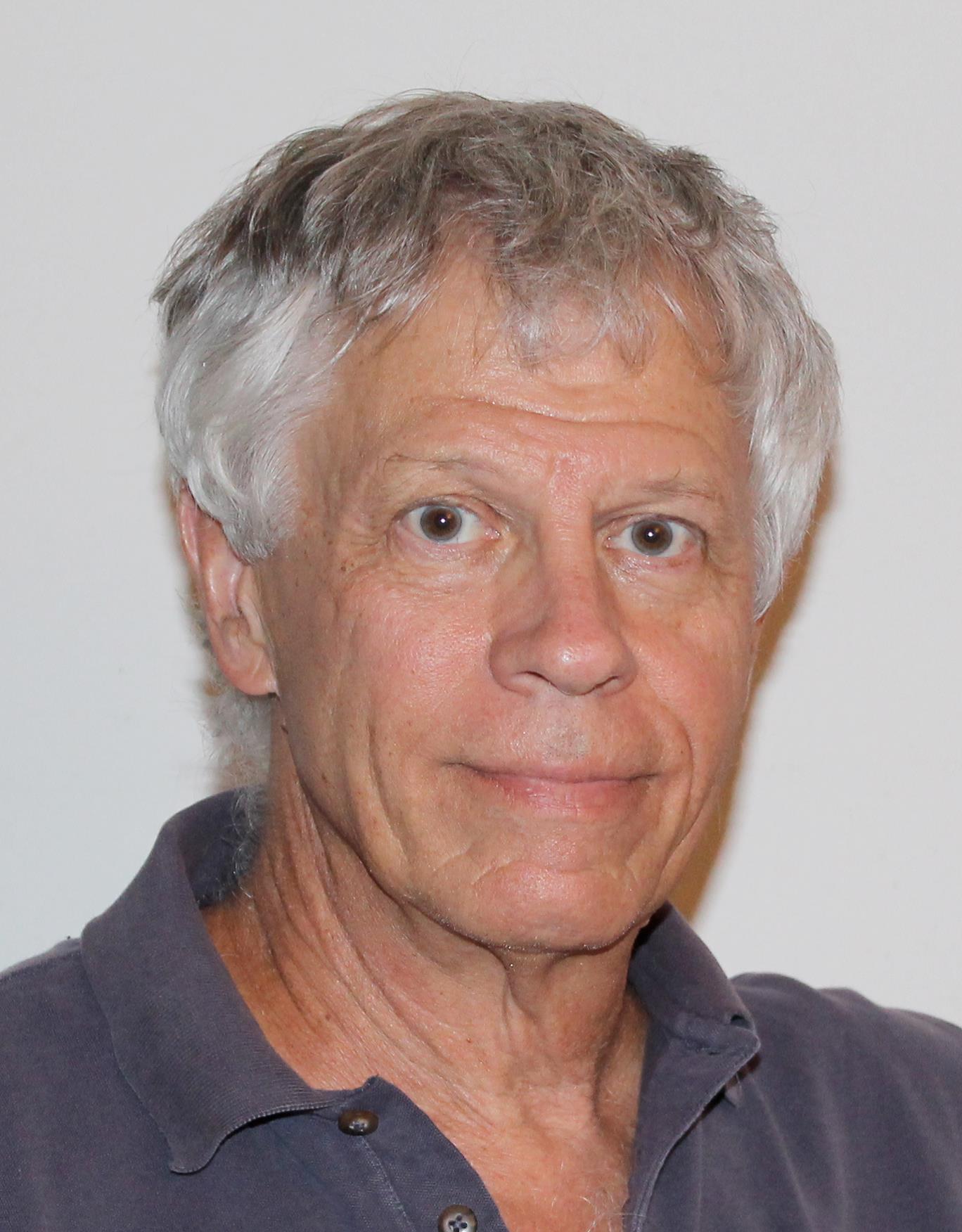 Randolph Thummel is the John and Rebecca Moores Professor of Chemistry in the College of Natural Sciences and Mathematics at the University of Houston. He was raised in Montclair, New Jersey and earned his B.S. degree from Brown University in 1967 and his Ph.D. in Chemistry from the University of California at Santa Barbara in 1971. After a two year postdoctoral fellowship at The Ohio State University, he joined the UH faculty in 1973, where he was promoted to Associate Professor in 1978 and Full Professor in 1987. In 1990-91 he was a Senior Fulbright Fellow at the Université de Strasbourg working with Prof. Jean-Marie Lehn. In 2005 he won the UH Award for Excellence in Research and in 2014 he was awarded the UH Career Teaching Excellence Award. He is the author of more than 200 refereed research papers. His research is sponsored by the National Science Foundation, the Department of Energy, the NIH, and the Robert A. Welch Foundation. The main focus of his work centers on the design and synthesis of novel ligand systems and their corresponding metal complexes. These complexes may serve as photosensitizers and catalysts with application in the utilization of solar energy and photodynamic therapy.

Andreas Borgschulte is a physicist with focus on Applied Spectroscopy of Energy Materials. He received his PhD in physics from TU Braunschweig (D) in 2002. After Postdocs at VU Amsterdam (NL) and Helmholtzzentrum Geesthacht (D) he became group leader of the group Hydrogen Spectroscopy @ Empa. He is lecturer at  University Zürich and ETH Zürich.

Juerg Hutter studied at ETH Zurich and from University of Zurich. After Postdoctoral stays at Ecole Polytechnique Paris and ETH Zurich he was a Research Staff Member at the IBM Research Laboratory in Rueschlikon. He then worked for five years at the Max-Planck Institute for Solid State Research in Stuttgart. In 2000 he was appointed assistant professor for Computational Chemistry at the University of Zurich. Since 2004 he is professor for Physical Chemistry at the University of Zurich. He develops methods and software to perform ab initio molecular dynamics simulations and applies these methods to the chemistry and physics of solutions and interfaces.

Eva Olsson is Professor of Experimental Physics at Chalmers University of Technology, Sweden. She obtained her Ph.D. at Chalmers in 1988 and was a post doc at IBM Thomas J. Watson research Center, Yorktown Heights, New York, USA, during 1989-1991. She was a Professor at Uppsala University, The Ångström Laboratory, during 1997-2001. From 2001 she is a Professor at Chalmers at the Department of Physics. She is, for example, a member of the Swedish Royal Academy of Sciences, Physics Class, and she is a member of the Executive Committee of the International Federation of Societies for Microscopy. She leads a research division that studies the functional nanostructure of materials to enable new sustainable solutions for energy harvesting, energy storage, energy consumption, catalysis, quantum technology and the use of soft matter in health and energy applications. The function of the materials depends on the atomic structure where individual atoms and their exact position play a role. We are using high spatial resolution imaging, spectroscopy and in situ techniques to quantitatively study the material structure (including techniques with high spatial precision in determining the position of atoms, high energy resolution to determine electronic structure and high spatial precision in situ for electrical, mechanical, optical and thermal manipulation) and correlate the structure to properties. New methods are developed to access new information about materials functions.

Jun Cheng received his PhD in Chemistry at the Queen’s University Belfast, UK in 2008. , and the PhD project was simulating chemical reactions at solid-gas interfaces using density functional theory (DFT). He then moved to the University of Cambridge, first as a postdoc for two years developing a first principles method to calculate the free energies of electron/proton transfer reactions in aqueous solutions. In 2010-2013, he was awarded a prestigious junior research fellowship by Emmanuel College at Cambridge, which granted him freedom to pursue his interest in interfacial electrochemistry. He became a university lecturer at the University of Aberdeen, UK in 2013, and was soon rewareded the national “Thousand Youth Talents” Program Fund and took up a full professorship in Xiamen University, China. Over years, his research has shifted from computational surface science and heterogeneous catalysis, to method development in aqueous redox and acid-base chemistry, and to ab inito electrochemistry. His recent research work has been almost entirely devoted to developing electronic structure based methods for simulating chemical and physical processes at solid-liquid interfaces. Jun Cheng has published over 50 papers in peer reviewed journals and a book chapter, which has accumulated over 2300 citations. His H-index is 28. He has been invited to give talks at international conferences, including the Annual Meeting of the International Society of Electrochemistry, CECAM workshops, the American Chemical Society National meetings, etc. 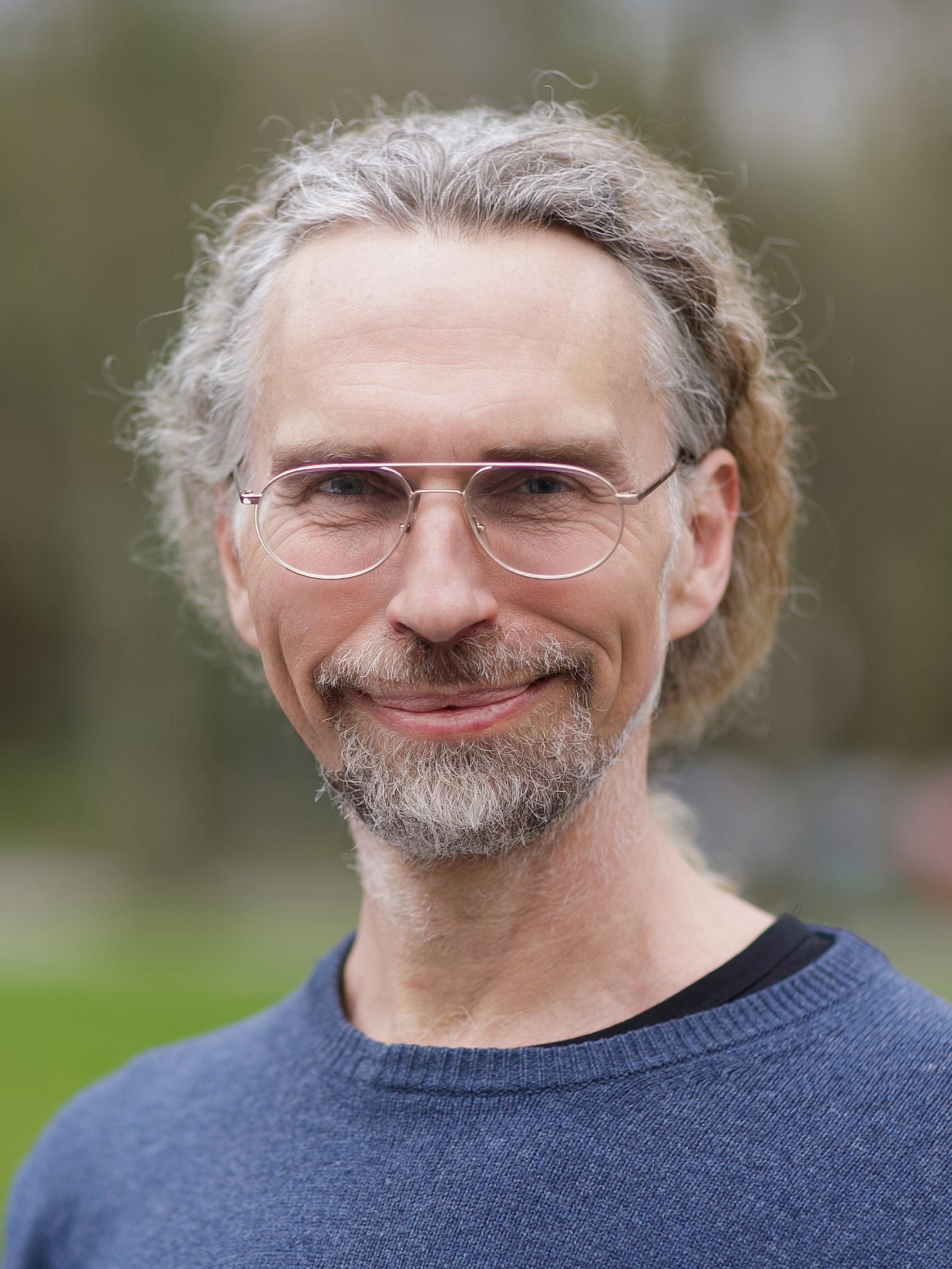 Holger Dau received his physics diploma (1985) and doctoral degree (1989) in Kiel, working with U.-P. Hansen (Kiel) and at the Weizmann Institut (Rehovot, 1987/88). After postdoctoral work with K. Sauer at UC Berkeley (Chemistry Dept. and Lawrence Berkeley National Lab, 1990-92) and H. Senger in Marburg, he received his habilitation degree at the Biology Dept. of the Philipps University Marburg (1994). Since 2000, he is full professor at the Physics Dept. of the Free University in Berlin, where he investigates biological and synthetic metal sites with X-ray spectroscopy and complementary methods. He is interested in mechanistic investigations addressing water oxidation, H2-formation, and CO2 reduction, both in biological and (remotely) biomimetic, synthetic systems. He is founding chair of a collaborative research center (SFB 1078) and active in the Berlin cluster of excellence on Unifying Concepts in Catalysis (UniCat). 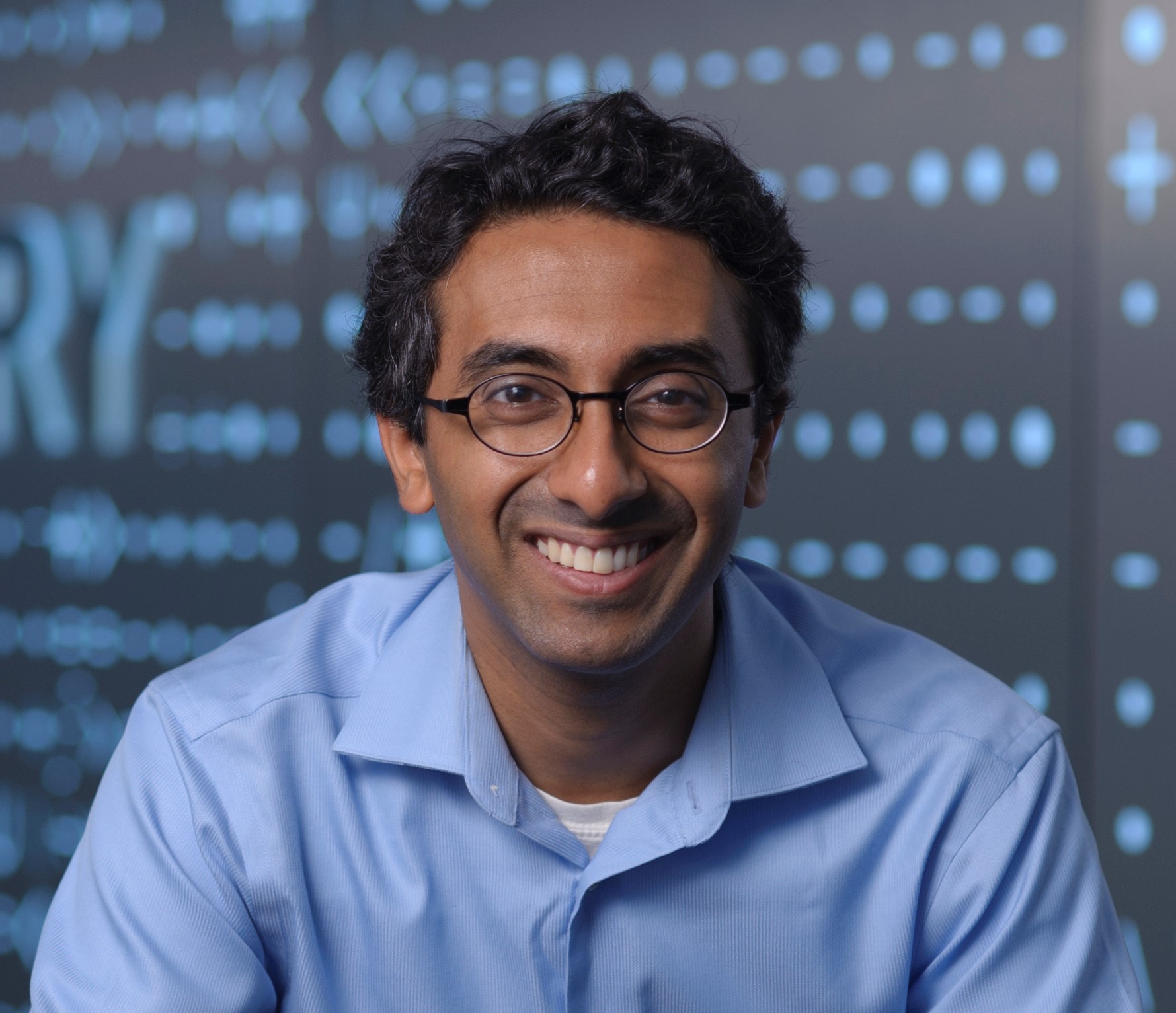 Yogesh (Yogi) Surendranath is the Paul M. Cook Career Development Assistant Professor of Chemistry at the Massachusetts Institute of Technology. He holds dual bachelor's degrees in chemistry and physics from the University of Virginia and a PhD in inorganic chemistry from MIT, obtained under the direction of Professor Daniel Nocera. As part of his graduate work, he investigated the mechanism oxygen evolution catalysis by oxidic cobalt-based materials. After receiving his PhD, Professor Surendranath undertook postdoctoral studies as a Miller Research Fellow at UC Berkeley, under the direction of Professor Paul Alivisatos. In the summer of 2013, he assumed his current position at MIT. His research group aims to store renewable electricity in energy-dense chemical bonds by controlling interfacial reactivity at the molecular level. Professor Surendranath has authored over 50 publications and is the recipient of numerous awards including an NSF CAREER award, a DOE Young Investigator Award, an Air Force Young Investigator Award, a Toyota Young Investigator Award from The Electrochemical Society, an Alfred P. Sloan Foundation Fellowship, and the Cottrell Scholar Award.